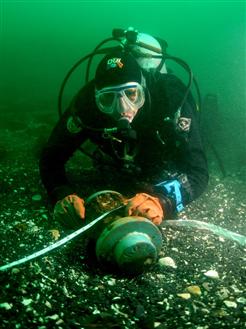 yak traveled the world within the Russian American Company fleet within the final years prior to the U . s . States acquisition of Alaska in 1867. Based at company headquarters in Novo-Archangelsk (Sitka), Kad’yak transported trade goods between Russian settlements in Alaska making buying and selling voyages to the islands. The typical complement from the ship contained employees from the Russian-American Company including Indigenous Peoples.

On her behalf final voyage, the Kad’yak was transporting a cargo of ice to Bay Area, in which the Russian American Company enjoyed a lucrative do business with gold-seekers. The Kad’yak left Sitka for that final time on Feb 27, 1860, to get a cargo of 356 a lot of ice at Kodiak. On putting to ocean from Kodiak harbor on March 30, the vessel hit an uncharted submerged rock and immediately full of water. The captain, a Creole named Illarion Arkhimandritov, the officials, and crew required towards the ship’s motorboats. The Kad’yak, stored afloat for 3 days by her cargo of ice, drifted towards Brighten Island and sank in Icon Bay on April 2, 1860. The mast from the ship protruded over the water having a single yard developing the form of the mix, visible in the shrine of Father Herman (later St. Herman) around the shore of Brighten Island, giving religious significance towards the story from the vessel’s misfortune. Based on legend, the Kad’yak’s captain unsuccessful to satisfy his promise to venerate relics of the famous monk in Kodiak Cathedral just before his departure in the island. The conditions from the Kad’yak’s wrecking made her an item of spiritual importance, and therefore she joined the neighborhood lore and legend from the island. Several several weeks later, Captain Arkhimandritov was commissioned to chart the coast of Brighten Island. His notes using the compass bearings for that protruding mast from the Kad’yak permitted Dr. Bradley Stevens, from the NOAA Kodiak Fisheries Research Center, to guide an expedition that discovered the website from the Kad’yak wreck in This summer 2003.