YAK ATTACK – The greatest mtb race on the planet, and among the toughest mtb stage races around the world calendar. The race takes place in Nepal. 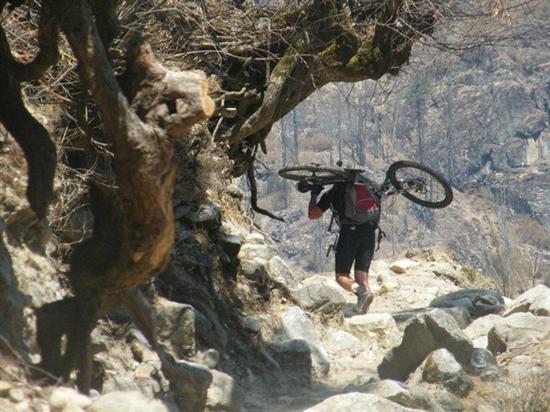 Happening within the mighty Himalaya, containing 10 stages, covering
400km with a complete altitude gain well over 12000m this race throws
every obstacle on the planet in the adventurous riders venturing to go
on.

There is the altitude – the program peaks at 5416m, where oxygen
levels are just 50% of individuals at ocean level. There is the weather – up to
30c within the first 4 days after which quickly decreasing to some frostbite
inducing -15c (before wind chill) because the race crosses the Thorong La
pass. Plus there is the terrain, bike wreckingly rough descents, soft
sand climbs, streams, suspension bridges, dirt, landslides and almost always
snow.

Receiving accolades from previous competitors for example "This really is
probably the most awesome riding I have ever done", to "This is not racing, its
torture", Yak Attack isn’t just a race, its a existence experience. It’ll
get you on the ride, both literally and emotionally and can
ultimately make you battered and bruised however with unforgettable
recollections of the beautiful country lived on by beautiful people.

Shaun plant’s roots are in Iowa. He increased in Cedar plank Falls working at Eurpoa Cycle & Ski and attended the College of Northen Iowa. She got the nickname of "Mr. 24" after a lot of hrs within the saddle beginning having to pay off as he began to win 12 and round-the-clock races.

Shaun now resides in Colorado, works best for Ergon, and races for that Topeak Ergon Racing Team.
Bio: http://www.topeak-ergon-racing.com/de/en/kerkove.html
Follow him on his blog: http://www.jeffkerkove.internet/
Take a look at past BIKEIOWA Posts about Shaun here.

Because of John Adamson of Twisted Spokes Racing for turning us onto this story and discussing the photo.

Stay tuned in, and we’ll publish more updates because they become available